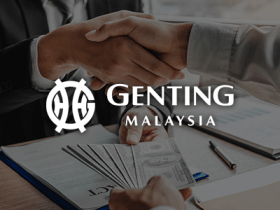 Genting Malaysia, the gigantic global leisure and hospitality company, is considering a second round of salary cuts as the business is trying to cut costs due to the impact of the novel coronavirus pandemic.

The Kuala Lumpur-based company has released an internal memo at the beginning of March, asking some of its employees to agree to a temporary pay cut of up to 20%. Other members of the Genting staff will be forced to take a day off each week.

The reduced salaries would be paid until May, when the business is expected to return to something more resembling normalcy as coronavirus-related restrictions would be eased.

Senior management have decided to set an example for the employees as they voluntarily agreed to waive 20% of their salaries until May. Lee Choong Yan, President and Chief Operating Officer for Genting Malaysia Berhad, said in the respective memo that the company-wide pay cut would help the business control its costs to “ensure its sustainability” and protect jobs.

This is the second salary cut at the Genting group since the start of the pandemic. In April 2020, the Malaysian company announced its first ever group-wide salary cut since its founding all the way back in 1965. The business was seriously affected by the pandemic as most of its casinos, cruise ships and resorts had to be either closed or operate with limited capacity.

Genting Malaysia Berhad is operating Resorts World Genting, a huge entertainment and hospitality development in northern Malaysia, along with several cruise ships and facilities in the United Kingdom, the Bahamas, and the United States.

The business in Malaysia had to endure the harshest impact as the whole operation was suspended for a full three months starting from March 19, 2020. The firm’s revenues from Malaysia dropped by over 56% compared to 2019 as it recorded a loss of almost half a billion dollars.

In February, Genting Malaysia resumed its casino operations as government restrictions eased. Despite the difficulties related to the coronavirus pandemic, the analysts at Japanese firm Nomura, released a research note saying that Genting Malaysia is expected to experience a gradual recovery in 2021 and then significant growth in 2022 once it manages to open a new outdoor theme park.