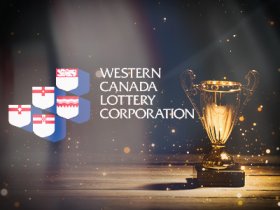 Western Canada Lottery Corporation, the non-profit organization which is in charge of operating lottery and gaming-related activities on behalf of the governments of Alberta, Saskatchewan, Yukon, the Northwest Territories and Nunavut, has announced it awarded a total of 348 million Canadian dollars in lottery prizes in 2021.

Moreover, 81 of the awarded prizes were worth over 1 million Canadian dollars, and these winnings were recorded both with tickets acquired in the company’s physical locations and with tickets purchased online.

The largest lottery win recorded in 2021 was worth 60 million Canadian dollars and it was awarded on the Lotto Max game. Western Canada Lottery Corporation revealed that the winner was from Winnipeg and that this was the largest lottery prize awarded in the history of Manitoba.

Last year also brought a win worth 55 million dollars, also from the Lotto Max game, which was awarded in Saskatoon in October. The same game also produced a win worth just over 34 million Canadian dollars in August, and the winner was from Pincher Creek, Alberta.