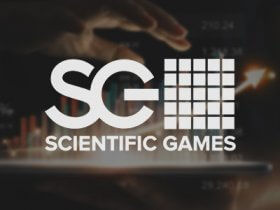 Scientific Games Corporation, the well-known American provider of gaming products and services, has announced that it recorded an increase in revenue of 24.8 percent year-on-year during the third quarter of its 2021 financial year.

The impressive revenue figures helped the company return to a net profit during the respective period. The company’s revenue for the three months to September 30 amounted to 539 million dollars, a significant increase compared to the 432 million that were earned in the same period last year.

The American corporation revealed that the improved results were mainly due to growth in its gaming segment, which saw a revenue increase of 48 percent to 339 million dollars. The developer reported a solid increase in game sales and also in its table games business.

The iGaming segment also recorded an improvement, but the increase in revenue compared to last year was just 6 percent to 53 million dollars. That increase was mainly driven by the company’s original content, along with an increase in market share in the United States.

The only segment that didn’t record growth in the third quarter was SciPlay, the company’s social and casual games business. In this segment revenue fell 2.7 percent to 147 million dollars. However, the supplier describes this underperformance as “a temporary event” that affected Jackpot Party Casino. Scientific Games underlined that it expects SciPlay to return to increased revenue in the following quarter.

As for the company’s year-to-date performance, revenue for the nine months through to the end of September was 29.0 percent higher than in 2020, amounting to a total of 1.57 billion dollars. Scientific Games also recorded a net profit of 267 million dollars this year, a huge improvement compared to the loss of 479 million dollars recorded in 2020.

At the end of August, when single-event betting became legal in all Canadian provinces, Scientific Games Corporation announced that three Canadian operators have made single-event sports betting available to their customers through the company’s OpenSports platform.

Scientific Games helped the British Columbia Lottery Corporation, Loto-Quebec and the Atlantic Lottery Corporation make this option available to their customers on the very first day when it became legal. The American company has been offering their OpenSports betting suite all over the world, and it became the first regulated sportsbook platform provider to offer single-event betting in Canada.

Canada is a very important market for Scientific Games, and the company even has a manufacturing facility located in Montreal. In April, the American giant announced the launch of a new online iLottery subscription program in partnership with the Western Canadian Lottery Corporation. That announcement came just a few months after Scientific Games decided to extend its contract with Loto-Québec, a partnership that has been in place for over 50 years.