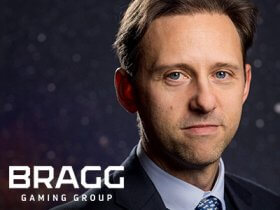 Bragg Gaming Group, the Canadian B2B iGaming technology and content supplier, has announced that Richard Carter has taken charge as Chief Executive Officer of the company from the beginning of May 2021.

The move brings other changes to the Bragg Gaming board of directors, with Paul Godgrey stepping up into the role of Chair of the Board, while Lara Falzon takes up the role of Audit Committee Chair.

Richard Carter joined the Bragg Gaming Group board of directors in 2020. Before that move, he was the Chief Executive Officer of SBTech, a sports betting solutions and services provider, until that company merged with DraftKings in April 2020.

After the appointment, the new Chief Executive Officer expressed his desire to help the company continue its expansion both in Europe and in the fast-growing North American market.

Adam Arviv, the co-founder of Bragg Gaming, decided to step down from the board but will continue to serve as a strategic advisor. Jim Ryan, another board member, decided to leave the company and pursue other ventures.

A Key Moment for the Company

The appointment of the new Chief Executive Officer comes at a very important moment for Bragg Gaming, as the company is looking to get the most out of the expanding North American iGaming market.

Moreover, Bragg Gaming Group is in the middle of an attempt to get its shares listed on the Nasdaq Stock Market. The provider currently lists its shares on the Toronto Stock Exchange and will do that in the future as well.

Earlier this year, the company headquartered in Toronto revealed its plans to boost investment in technology and compliance while trying to secure new revenue streams both in Canada and the United States.

Bragg Gaming has applied for a license in New York and New Jersey, markets that are expected to grow exponentially in the future. Canada is also an important market for Bragg Gaming, with Ontario preparing to liberalize its online gambling market in the near future and the single-event betting bill getting closer to full approval.