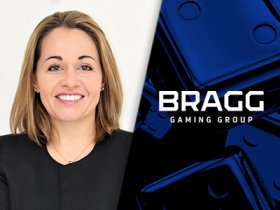 Bragg Gaming, the B2B iGaming technology and content supplier from Canada, has announced the addition of Lara Falzon, the former NetEnt chief financial officer, to its board of directors.

Bragg Gaming is planning to get listed on the Nasdaq stock exchange in 2021, and that’s one of the new director’s areas of expertise. As chief financial officer of Red Tiger, Falzon was directly involved in the company’s sale to NetEnt in a deal worth over 270 million dollars.

The new Bragg Gaming director also had a key role in the sale of NetEnt to Evolution in September 2020. That deal was one of the biggest in the industry, worth over 2 billion dollars.

In January, Bragg added Paul Godfrey to their board of directors, with the specific task of implementing the company’s growth strategy in Canada. Godfrey was the chairman of the Ontario Lottery and Gaming Corporation, the state-owned gambling operator.

Speaking about the new addition to the board of directors, Adam Arviv, chief executive officer of Bragg Gaming, said: “We’re very pleased to have Lara join our championship team – she brings tremendous industry experience. Her financial experience in the gaming sector is unmatched in the industry and will be very valuable as we continue our global growth strategy.”

Lara Falzon added: “I’m thrilled to join the team at such an exciting time in Bragg’s evolution. Bragg continues to outperform on their expansion goals and I’m happy to contribute my expertise to the mission.”

Bragg plans to expand its business in North America in 2021 and the board approved increased investment in technology and compliance in order to access new revenue streams in Canada and the United States.

The Toronto-based company is ready to apply for a license in New York and New Jersey, and it’s also ready to invest on the home front as Ontario is preparing to liberalize its online gambling market in the near future.