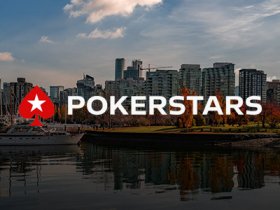 PokerStars, the well-known international online poker brand, has announced that it has completed the registration process and is ready to go live in Ontario, Canada’s most populous province.

PokerStars, which is owned by Flutter Entertainment, was granted full registration to operate its online casino in the province by the Alcohol and Gaming Commission of Ontario (AGCO).

This is a special event for the company, not only because it joined a fast-growing and exciting market, but also because it represents a homecoming. Tom Warren, the brand’s Managing Director of Marketing, explained: “In many respects Ontario is our home market, given the first ever hand of PokerStars was played here over 20 years ago, so we are thrilled about the new regulated environment within which our players can play.”

After being registered by the Alcohol and Gaming Commission of Ontario, PokerStars began to offer its products to people in Ontario with a localized offering and schedule. The brand will also host a special tournament to mark the special occasion.

Moreover, PokerStars has set up a rewards programme for customers in the province, giving players double rewards throughout the months of July and August.

The launch of online betting and gaming in Ontario was made possible by a bill that became law in 2021, repealing Canada’s ban on single-event betting. From 27 August 2021, provincial lotteries were allowed to offer single-event betting, but Ontario took everything a notch further by making plans to allow private operators to enter the market.

The process started in April 2019, when the government of the province first announced its plans to end the monopoly on iGaming that was held by the Ontario Lottery and Gaming Corporation.

Legislation was introduced in November 2020 and then passed in 2021. In September 2021, the Alcohol and Gaming Commission of Ontario published its regulatory standards for sports betting, including integrity rules and advertising standards.