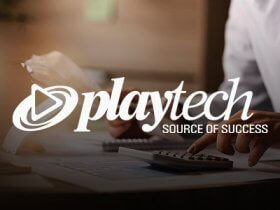 Playtech, one of the world’s largest providers of slots and live dealer games for online casinos, has announced it secured an amended credit facility worth around 270 million dollars in order to refinance its debt.

The company has reviewed its options thoroughly as it sought to refinance senior secured notes and an existing revolving credit facility worth 530 million euros as both were going to reach maturity in the fourth quarter of 2023.

The new amended revolving credit facility is due to reach maturity in October 2025 but it also features a further one-year extension option. Moreover, Playtech also announced that on 16 November 2022 it will redeem at par secured notes worth 330 million euros.

The funds for this operation come from current cash balances, while the amended revolving credit facility is expected to remain undrawn. The company revealed that the partial settlement in November will result in savings of around 12 million euros in 2023.

The total annualized savings could go up to 20 million euros according to the company as the balance of the outstanding bond will be repaid at maturity or even sooner.

As for available cash, Playtech announced that it will have more than 200 million euros at its disposal following the early redemption. The other part of its debt obligation, worth 350 million euros in secured notes, will reach maturity in 2026.

Speaking about the event, Andrew Smith, the Chief Financial Officer of Playtech, described the current market conditions as “challenging” but insisted that the company’s “strong balance sheet” and its ability to generate cash from its operations allowed it to carry out the refinancing.

The Chief Financial Officer declared himself pleased with the result and added that the move allows the company to make “significant interest savings.” The company generated revenue of 792.3 million euros in the first half of the year, a figure which represents an increase of 73 percent year-on-year.

Earlier this year Playtech launched its full suite of slot games and live casino titles in Canada thanks to a partnership with NorthStar Gaming. The company’s footprint in North America also gained more prominence after the launch of brand new live casino studios in Michigan and New Jersey.