Playtech Records Revenue Drop in 2020 Due to Retail Closures 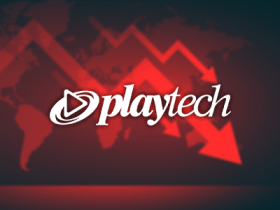 Playtech, one of the world’s most powerful providers of video slots and live dealer games for online casinos, experienced a significant drop in revenue in 2020 because of the novel coronavirus pandemic.

The company’s revenue for the year was 1.08 billion euros, 25.1% down compared to the revenue recorded in 2019. The major factor behind this drop was the impact of Covid-19 on retail, several brick-and-mortar gambling locations had to be closed for months and that affected the supplier’s business-to-business (B2B) and business-to-consumer (B2C) operations.

In fact, Playtech’s revenue was almost evenly split between B2B and B2C streams. Business-to-business revenue experienced a 10.7% drop to 494 million euros, while business-to-customer revenue dropped by 33.8% to 596 million euros.

If we look at the geographical side of things, the company produced just over half of its overall revenue from Italy, where its Snaitech brand continues to perform very well. Nevertheless, even Snai revenue was down year-on-year.

However, Mor Weizer, the Chief Executive Officer of Playtech said that the Italian brand did very well considering that several of its retail locations had to be kept shut for large periods of time in 2020.

Despite the difficult period, Snai reached the number one market share position in Italy both in online and retail sports betting. The online side of the business did particularly well in 2020, its revenue went up by 58% compared to 2019.

From Profit to Loss

With revenue down compared to 2019, the business also had to cut its expenses during 2020. The business paid 824.9 million euros in expenses over the past year, 22.5% less compared to the previous twelve months.

Despite that, Playtech recorded a pre-tax loss of 52.7 million euros in 2020. That’s not a bad result given the circumstances, but in 2019 the company made a pre-tax profit of 88 million euros.

Moreover, the business saw a further loss of 224.3 million euros from discontinued operations. Those figures come mainly from its Finalto financial trading division, which Playtech is currently planning to sell for 200 million dollars.

Last week, Playtech announced the appointment of Brian Mattingley as its new non-executive chairman, with the move becoming effective on the 1st of June. Playtech was founded in 1999 and has grown into a truly global company, with its software powering many of the largest online casinos in the world. Its live dealer games are currently broadcast from studios in Estonia, the Philippines, and Romania.