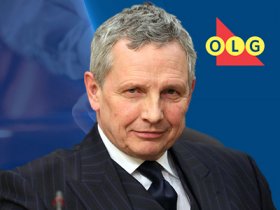 Ontario Lottery and Gaming Corporation has issued a statement to confirm that Stephen Rigby is to resign as OLG’s President and CEO after five years at the head of the agency.

Under the agreement with the Board of Directors, Rigby will remain in his position until this Summer when a new CEO is named, collaborating with new leadership to provide for a seamless transition.

In his statement, Peter M. Deeb, Chair of the Board thanked Rigby “for his outstanding service as the President and Chief Executive Officer of OLG“ pointing out that “During that time, OLG has delivered unprecedented value to the Province. OLG’s returns have grown from $1.7 billion in 2015 to nearly $2.5 billion and are on track to attain over $3.0 billion by 2022-23. This growth reflects a healthy and thriving land-based gaming, lottery and digital business.“

…some important projects in land-based gaming supervised by Rigby since the very beginning of 2015, when he took up his duties. Besides four new playing houses opened in Belleville, Peterborough, Chatham, and Sarnia, the construction works, which are in full swing in Pickering, North Bay, and at the Niagara Falls Entertainment Center, were also mentioned.

“So far, $600 million has been invested by the private sector in new capital, creating 500 new gaming jobs. By 2023, these investments will grow to $4 billion, creating thousands of new jobs across Ontario.“

Another Rigby’s merit is reflected in the increased lottery sales that have hit a record $4 billion under his insightful guidance. Almost 10,000 points of sale scattered across Ontario serve as the best proof of the booming lottery business and popularity of such products as Lotto Max.

To further enhance this sector, OLG is now installing new lottery terminals in each of these locations, blending top-notch integrity into customer service.

Committed to assisting the broader public interest, OLG also invested in various programs to promote responsible gambling, some of them were recognized at the global level through the World Lottery Association.

Twice As Many Online Players

Excellent results were also achieved in the online gambling segment as PlayOLG has doubled its user base in the last 18 months. OLG continues to invest in ground-breaking digital technologies aiming to transform its online presence.

…that Rigby’s exit coincides with the period of some uncertainty in terms of future OLG’s monopoly caused by the government plans outlined in the 2019 provincial budget. Published last April, the document called for a competitive online gambling market able to reflect consumer taste for casinos and protect players at the same time.

At the end of the statement, Peter M. Deeb gave assurance that “OLG’s commitment to its business and stakeholder partnerships, and dedication to world-class gaming entertainment is unwavering, today and in the future.“

He also added: “As Chair of the Board, I have launched a process to identify a successor to the outgoing President and CEO. We thank Stephen Rigby for his outstanding tenure which positions OLG for continued success going forward.“