NeoPollard And Pariplay Team Up To Supply Content For Play Alberta 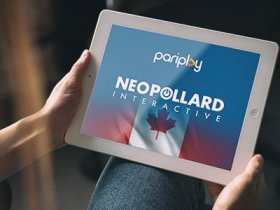 NeoPollard Interactive, the Canadian supplier of iLottery solutions, has announced it signed a partnership with Pariplay to provide content for Play Alberta, the gaming website operated by the Alberta Gaming, Liquor and Cannabis Commission.

Play Alberta is the only regulated online gambling website in the province and in 2021 it held the very first online lottery sales in the history of Alberta. The website also includes live casino titles after the Alberta Gaming, Liquor and Cannabis Commission reached an agreement with Evolution, the global leader in live casino software and content, to include some of the supplier’s impressive portfolio on PlayAlberta.ca.

NeoPollard Interactive is jointly owned by Pollard Banknote Limited, one of the oldest companies in the industry, established in Winnipeg in 1907, and NeoGames S.A. Last week, NeoPollard signed an agreement with the Atlantic Lottery Corporation, the government-owned company that operates lottery games in Atlantic Canada.

Pariplay, a supplier which holds licenses in New Jersey and West Virginia, has seen this partnership as an opportunity to expand into more territories in the fast-growing North American market. Pariplay is owned by Aspire Global, a group that has over 1,200 titles from several developers in its portfolio, along with some in-house games that were developed in the studio.

Tsachi Maimon, the Chief Executive Officer of Aspire Global described the opportunities in the North American market as “exciting” and added that his company is ready to capitalize on those opportunities.

“As a market leading aggregator of game content, we have established ourselves as a trusted supplier to the industry as we continue to offer the best content in the market,” Tsachi Maimon added, also promising that the Alberta Gaming, Liquor and Cannabis Commission will receive “engaging content” for Play Alberta.

Liz Siver, General Manager of NeoPollard Interactive, added that the content provided by Pariplay should make the gaming experience on Play Alberta a lot more entertaining, increasing the engagement of the customers on the gaming portal.

The revenue generated by games played on Play Alberta is directed towards the province’s General Revenue Fund, which then supports programs related to healthcare and social services for Alberta residents.