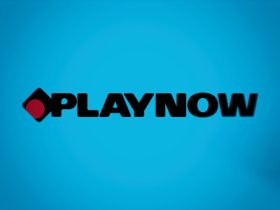 British Columbia Lottery Corporation (BCLC), the state-owned Canadian lottery and gaming operator, has announced that its online gambling website, PlayNow.com, has made one man a lot richer.

The man in question is named Paul Willie from Port Hardy in British Columbia, who was on a road trip in the region. While spending the night at a hotel in Nanaimo, the lucky man decided to play the MegaJackpots Wolf Run slots game on PlayNow.com, the online platform operated by the British Columbia Lottery Corporation.

At some point the game indicated he’d triggered a jackpot win, and Paul Willie just couldn’t believe his eyes. “I wasn’t quite sure what to think. I pressed the screen off and on again,” the lucky player said. “I thought it was a hoax!”

The total amount the man won is 588,376.64 Canadian dollars, and the sum will be released to him as soon as it is verified by the British Columbia Lottery Corporation and PlayNow.com.

This is not the first time a player in British Columbia has snatched an impressive prize. Earlier this year a woman called Angie Lovell from Kamloops managed to win a prize worth 992,000 Canadian dollars by playing the Odds of the Gods slot game on her mobile phone.

She was also traveling when she won the prize, just like Paul Willie. The difference is that she was not staying at a hotel but in her trailer, parked on the banks of the beautiful Shuswap Lake.

Another big slot win was triggered in British Columbia in 2020, but that time it was in a land-based venue. The lucky winner was Joshua Alexander, who managed to trigger a huge win worth 1 million Canadian dollars on a Powerbucks slot machine. He had only played for 20 minutes and spent around 5 Canadian dollars on the machine at Playtime Casino Kelowna.