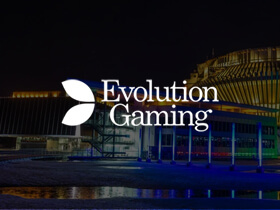 Evolution, the world’s largest supplier of live dealer games for both online and land-based casinos, has announced that it has supplied four of its Dual Play tables to Casino Montreal, Loto-Québec’s flagship casino.

Evolution already had an agreement with Loto-Québec, the provincial lottery and gambling operator headquartered in Montreal, and now that deal was extended to allow the state-owned operator to host the provider’s tables at its land-based property.

Initially, the Canadian corporation offered six dedicated live casino tables from Evolution, and five of them had French-speaking dealers. The games were broadcast from Evolution’s state-of-the-art live casino studio located in Vancouver. Following the success of that initial agreement, Loto-Québec and Evolution expanded their partnership to include the full suite of live tables from the providers, including those streamed from its studios in Europe.

The latest expansion of the deal between the two companies brings an interesting crossover between online live casino gaming and land-based action. This means that both online and in-person players will be able to participate in the games simultaneously, with the action being streamed right from the land-based casino floor.

In the announcement regarding this launch, Evolution called this setup a “convergence” solution, which allows players at baccarat and roulette tables in the land-based venue to play alongside online players and enjoy the thrills of the game together despite the physical distance between them.

Jeff Millar, the Commercial Director for North America at Evolution, said that he believes live casino represents “the natural bridge between land-based and online”, and added that Dual Play is a product that is designed exclusively for land-based casinos that want to try stepping into the online world.

In February 2022, Evolution announced its financial results for 2021, and the numbers were quite impressive as both profit and revenue increased. The company’s total operating revenue for the twelve months of the 2021 fiscal year amounted to 1.07 billion euros, a figure which represents an increase of 90.6 percent over the 561.1 million euros recorded in the previous year.

Evolution revealed that the significant increase was mainly due to increased revenue from commissions received both from new and existing customers. The largest chunk of the revenue came from the live casino division, a segment which grew 54.5 percent to 839.2 million euros.