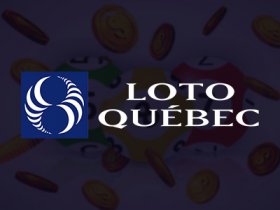 Loto-Québec, the provincial lottery and gambling operator headquartered in Montreal, has released its performance data for the first quarter of the financial year and the records show strong growth in the lottery segment.

The first quarter of the 2021-2022 financial year ended on June 30, and for Loto-Québec it was a very positive period. The government-owned corporation recorded total revenue of 401.3 million Canadian dollars for the three months to 30 June, a figure which represents an increase of 154.9 percent compared to the same period in 2020.

The difference between the two periods is that in 2020 the company had most of its activities halted due to the novel coronavirus pandemic. Most of the corporation’s physical locations only returned to action during June 2021, though, so the recorded revenue is still 38.8 percent lower compared to the first quarter of the 2019-2020 financial year, the last year before the pandemic.

The casino segment brought in 76.2 million Canadian dollars during the first quarter of the 2021-2022 financial year, but just 5.1 million of that came from land-based casinos. In fact, those venues had to stay closed until the final weeks of the quarter.

That segment is expected to grow even further during the coming months, along with the company’s brand new sports betting offering. Since the end of the first quarter of the financial year, Loto-Québec has commenced offering sports betting on single events following the passing of the federal Bill C-218.

The group posted gross profit of 318.7 million Canadian dollars and consolidated net income for the quarter of 195.7 million, which represents an increase of 404.5 percent compared to the same period of the previous year

However, the figure still represents a decrease of 42.0 percent compared to the same period of the last year before the pandemic. The difficult situation led to decisions designed to cut costs, and total expenses were cut by more than 60.7 million dollars.