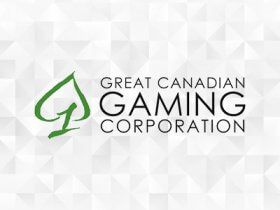 Great Canadian Gaming, one of the most powerful gaming and entertainment companies in the country, has announced the reopening of Casino Nova Scotia, located in Halifax.

The venue had been closed since November 26 as part of the Nova Scotia provincial government’s efforts to contain the spread of the novel coronavirus in the province.

At the same time, Great Canadian Gaming was forced to shut down the activity at its casinos in Ontario, Casino Ajax and Great Blue Heron Casino, after having reopened them for just under a month starting on September 28.

Casino Nova Scotia was first closed on March 16, during the initial phase of the coronavirus pandemic in Canada. Its doors remained shut until October, when the government allowed the activity to be resumed with some restrictions. That didn’t last too long as all casinos were closed again in November.

The Nova Scotia provincial government is allowing the property to reopen now, but the capacity will be severely limited. The casino will be allowed a guest capacity of approximately 20% of the property’s maximum, and it will also operate with reduced hours.

Slot machines will be operational and there will also be some table games allowed, with food and beverage amenities available as well. With the reopening of Casino Nova Scotia, Great Canadian Gaming now has three of its 26 venues open.

The Great Canadian Gaming Corporation was founded in 1982, and it operates entertainment facilities in Ontario, New Brunswick, British Columbia and Nova Scotia.

Great Canadian Gaming’s board had accepted the offer in November, stressing that Apollo’s “extensive experience in the gaming sector will provide additional strategic benefits to help expand our gaming and hospitality offerings and to secure our position as a long-term market leader.”

However, the shareholders were not that impressed and they insisted that a better price per share should be offered. Apollo made a new offer of 45 Canadian dollars per share, which is the trade value of Great Canadian shares in February, before the coronavirus pandemic started affecting the business.

The new offer secured the approval of the majority of the shareholders, and now the acquisition is expected to close in the second quarter of 2021, pending regulatory approval.