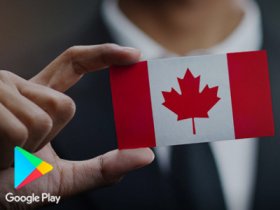 Google, the global information technology giant, has announced an update to its policy which will allow real-money gambling apps in the Google Play marketplace for several countries, including Canada.

The update will officially kick in on March 1, as Google continues to relax its policies regarding real-money gambling. At the moment, real-money gambling apps, gambling-related ads and daily fantasy sports apps are permitted by Google only in the United Kingdom, Ireland and France.

Each territory comes with a set of restrictions, though. For Canada, only apps from governmental operators will be allowed, at least for now. Ontario, Canada’s largest province, plans to end the gambling monopoly soon, allowing private operators to enter the online gambling market.

Gambling operators will have to submit applications before having their apps featured on Google Play. The apps will be allowed to feature gambling-related advertising, but they will have to adhere to a set of restrictions.

These restrictions include the legality of an activity being promoted in a given jurisdiction, ensuring no minors view the ads, mandatory responsible gambling messaging and not allowing app content to direct users to real-money gambling services.

Bragg Gaming, the iGaming content supplier based in Canada, was quite pleased with Google’s new stance on real-money gambling apps. The Canadian company believes that this move will really help the industry grow.

Adam Arviv, Chief Executive Officer of Bragg Gaming, said: “Google’s support of the online gaming industry is an exciting development for players everywhere. Access to gaming is opening up around the world and Google is just one of the many organizations and jurisdictions that are evolving to support increased access. This will also assist in the gaming industry’s goal of ensuring a safe, regulated market for today’s players.”