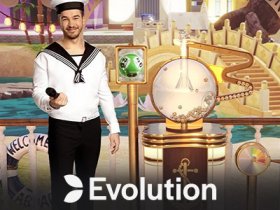 Evolution, the world’s biggest provider of live casino software and content both for online and land-based casinos, has announced the launch of a brand new live game show inspired by the classic Monopoly board game.

The new live casino game is called Monopoly Big Baller and it is a bingo-style live game show. The game features live automated ball drawing and a live game host, while the action will be spiced up by Mr. Monopoly himself, coming alive through augmented reality.

Monopoly Big Baller also features numerous multipliers, giving players the chance to take home greatly boosted payouts. For Evolution this is the second live casino title based on Monopoly after the supplier released Monopoly Live, a game which combines the popular Wheel of Fortune game style with one of the world’s most popular board game franchises.

Both games include features that everybody knows from Monopoly such as dice rolls, ‘Chance’ and ‘Free Space’ cards, ‘Go To Jail’ spaces, and so on. But Monopoly Big Baller takes everything a step further as players embark on a riverboat cruise where the great-looking ball drawing machine is located.

Just like in a game of Bingo, when balls pop out numbers are matched and then lines are completed on cards. The more lines a player makes, the more prizes are delivered. The bingo-style cards also come with surprises such as bonus pays and extra “Free Space” cards.

Moreover, Monopoly Big Baller also features an exciting Bonus game, which features the famous Mr. Monopoly walking a three-dimensional Monopoly board in augmented reality. If he passes “GO”, then all the prizes on the board are doubled.

Speaking about the latest product in the company’s live casino line up, Todd Haushalter, Chief Product Officer at Evolution, described Monopoly Big Baller as “a unique live game show” and added that this type of game is very popular with players, citing the example of Mega Ball.

The Evolution executive added that the Bonus Round that players got to know in Monopoly Live is even better in Monopoly Big Baller because players get more rolls of the dice and more chances to win great prizes.

Todd Haushalter also expressed his belief that the well-known Monopoly brand will surely attract players that love the classic board game, but bingo lovers should also be excited about the prospect of playing Monopoly Big Baller.