Race Casino puts every visitor on a fast track to register an account right from the start. How so? Well, because from page 1 it becomes obvious that the brand is a keeper. It is certified, belongs to an experienced owner, has some of the best software, and puts speedy cashouts as a priority.

The managing company or the reviewed place to bet and win is L&L Europe Ltd, which has been in the industry since 2012. For more than 8 years, it’s been consistent in delivering new and reputable online operators. It even has awarded as the Best Casino Group of 2018 and 2019 among many other prestigious trophies.

For this brand, in particular, the license from the Malta Gaming Authority is what makes it suitable for Canadian players, although the owner also had it certified with the United Kingdom Gambling Commission and the jurisdiciton of Sweden.

The Canadian cashier will definitely need some more additional tweaking, while the promotional section looks very friendly to the gambling community from the focus country. Let’s check it out. 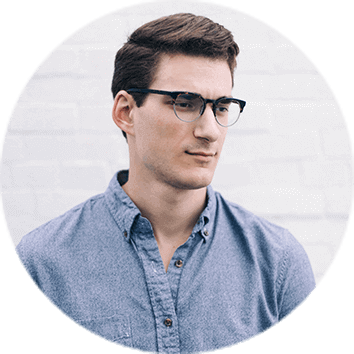 It looks like the team of Race Casino is committed to living up to our expectations of online gambling even in such small details as the design. The lobby loads quickly from desktops and portable devices and the mobile version is as packed with games as the stationary one. Plus, since we’re all about finding the best live websites for Canada, this one has quite a collection, with all the juicy roulette and blackjack releases from NetEnt and Evolution Gaming. I can’t say I am not impressed with the history of the owner, either. Race’s platform definitely deserves your attention.
James Hoarden
Professional Live Casino Reviewer

80
* Terms Apply to all bonuses. Must be 18+ to participate. Please gamble responsibly. Visit begambleaware.org for more details.
Race Casino

The lobby offers content from Evolution Gaming and NetEnt. The two studios collaborate to deliver an extensive selection of roulette, blackjack, baccarat, and table pokers, as well as other games. NetEnt’s collection is traditionally somewhat smaller but then again, it is hard for any studio to outshine the number of games in Evolution Gaming’s portfolio:

Look for the VIP and high roller versions of roulette and blackjack among the releases powered by Evolution Gaming. NetEnt powers High Roller Blackjack.

All of the content from both developers is available on the go.

There is a total of 1,100+ games in the lobby of Race, including slot machines, table games, video poker, and even the rarely seen elsewhere Slingo.

Speaking of the rarely seen, their selection of table pokers is very strong. Among others, you will get to play Mississippi Stud, 3 Card, Pai Gow, Let It Ride, Crazy Poker, and Hold’em. Video poker games are represented decently, too, with titles like 10’s or Better, Jacks or Better, Aces & Faces, Aces & Eights, All Aces, All American, Bonus Deuces Wild, Bonus Power Poker, Deuces Wild, and Joker Poker.

If you prefer non-live roulette, you will be able to pick and choose among 20p, American, European, French, Big 500x, Key Bet, Original, 100/1, and Advanced.

And surely, the list of slots is as strong as ever as the section is packed with variations of grids, bonus features, pay lines, and payouts. Among others, check out Super Hot Mystery Wilds, Jackpot 6,000, Bells on Fire Rombo, and Grand Spinn Superpot among classic reels. Video slots are represented by 108 Heroes Multiplier Fortune, Disco Danny, and Riddle Reels: A Case of Riches.

Gaming starts at a minimum of 10 Euros as the initial deposit, and even with an amount as small, each Canadian newbie still qualifies for the 100% cash match as the welcome deal. Plus, the team at Race also offers ongoing 10% cashback, as well as tournaments, prize pools, and ongoing weekly and weekend deals for the registered regulars.

The cashier of Race is probably the weakest link in the chain right now as it offers Euros or British pounds, but seems to miss out on CAD.

Deposits start at a minimum of 10 EUR, and cashouts commence at a minimum of 20 EUR. Maximum daily cashout limits reach up to 5,000 EUR. The list of payment methods includes PayPal, as well as Visa and MasterCard.

Before receiving a withdrawal, you will need to pass a verification which might add up to 48 hours to the overall cashout time.

How does Race compare to other live lobbies for Canada?

This place to bet and win stands out in particular due to its extensive selection of live and non-live blackjack and table poker games. When scanning the lobby, we’ve dug out some of the releases that we did not see in other Canada-friendly online platforms. Plus, the brand specifically says that it has bonuses for Canadian gamblers, and these deals include not only welcomes but also some ongoing propositions.

How safe is this online operator for Canada?

The brand has impressive credentials, combining some of the most prestigious licenses with lots of experience and award-winning services of the managing company. Canadians are welcome here.

How can I start wagering real money?

In order to start gaming, you will need to set up an account with the reviewed place to bet and win. The registration procedure is fast and simple but you will also need to get verified.

Why do I have to pass the KYC procedure?

This is a standard step required of all the certified and compliant gambling destinations. KYC is a small list of standard documents that you will need to submit if you are planning to cash out your wins.

How can I use bonus money here?

The deals listed at Race are predominantly tailored for slot machines. Some exceptions may apply, however. So, after depositing, you will be able to claim a Canada-friendly promotion and to roll it over on whichever type of game cohorts is listed as allowed.