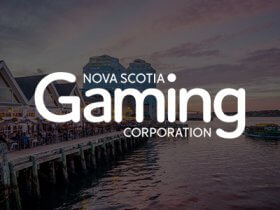 Nova Scotia Gaming Corporation, the government-owned company which controls gambling in the region, has revealed that the future of Casino Nova Scotia in Halifax is in serious doubt.

The Halifax casino has been seriously affected by the impact of the novel coronavirus pandemic. The venue’s doors have been closed for almost a full year due to restrictions dictated by the government.

However, Casino Nova Scotia had been struggling for quite some time now, experiencing declining revenues for the past fifteen years. One of the options that is being considered is moving the venue from its waterfront location, where it has been since 2000.

Bob MacKinnon, the Chief Executive Officer of Nova Scotia Gaming, revealed that the best year for this casino was in the mid-2000s, when it produced revenues of around 75 million dollars. Then, over time, the casino’s revenues dropped by 30 percent.

For 2021, MacKinnon anticipates revenues of just 9 million dollars at Casino Nova Scotia. Moreover, the casino employed 750 people in 2000, and now that number has dropped to 300.

The Nova Scotia Gaming CEO added that it is very important for the city of Halifax to have a casino, because it is a source of entertainment for the community and also “a very social place.”

Great Canadian Gaming’s board had accepted the offer right away, stating that Apollo’s “extensive experience in the gaming sector will provide additional strategic benefits to help expand our gaming and hospitality offerings and to secure our position as a long-term market leader.”

However, the shareholders wanted a better price per share from the buyer and blocked the transaction. In December, Apollo made a new offer of 45 Canadian dollars per share, the trade value of Great Canadian stock in February 2020, before the coronavirus pandemic began to have a serious impact on the business.

The new offer did secure the approval of the majority of the shareholders, and now the deal is expected to close in the second quarter of 2021, pending regulatory approval.

Regardless of the outcome of the takeover attempt, Nova Scotia Gaming will work with Great Canadian Corporation on plans to move Casino Nova Scotia to a location that could help it return to its former glory.