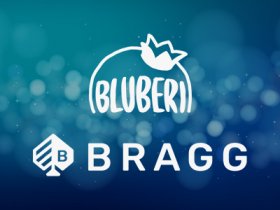 The supplier based in Toronto revealed that the agreement’s purpose is to adapt successful land-based titles from Bluberi and then release them on the online gaming market. The Canadian company also announced that these adaptations will be conducted by a very experienced team. That creative team is led by Doug Fallon, the man who founded Wild Streak Gaming and then sold it to Bragg Gaming Group for around 30 million dollars in June 2021.

Bluberi has more than 25 years of experience in this industry, but now it will be their first appearance on the online gaming market. The supplier based in Las Vegas has developed over 100 titles for land-based casinos, including hit titles such as Colossal Dragons and Waves of Fortune.

The agreement will ensure dedicated distribution of Bluberi’s portfolio if games through Bragg’s extremely well-developed network in Europe and North America. Moreover, the deal allows for omni-channel distribution, so the same games could be offered both to online casinos and land-based venues.

This deal is in line with Bragg Gaming’s content strategy initiative, which aims to expand the company’s portfolio of exclusive games. Moreover, the company is determined to expand even further on the North American market, especially after its shares got listed on the Nasdaq stock exchange.

Richard Carter, the Chief Executive Officer of Bragg Gaming Group, revealed that taking land-based titles and adapting them to the online world is something that his company has already done with games developed by Wild Streak studio. The Chief Executive Officer also expressed his belief that the popular slots from Bluberi will add quality to Bragg’s omni-channel offering.

The initial phase of the partnership will see the two companies focus on deploying the most appropriate titles in the United States and Canada, and then more games will be released on the European market.

Andrew Burke, the Chief Executive Officer of Bluberi, added that his company was looking forward to getting its content available on the online casino market, and that the deal with Bragg Gaming Group fulfills that purpose.