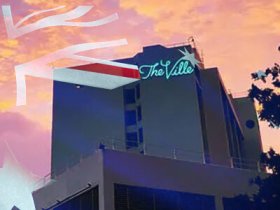 The Ville Casino, a gambling venue located in Townsville in the Australian state of Queensland, has been accused by the authorities of using unapproved junkets to bring customers to its gaming tables.

The venue has been officially charged by the state with breaching the casino regulations following a nine-month investigation into its activity by the Office of Liquor and Gaming Regulation.

In Queensland, state regulations stipulate that casinos must approve agreements or arrangements, including junkets. A spokeswoman for the Office of Liquor and Gaming Regulation declared that all casinos in Queensland “are expected to operate lawfully, ethically, and in a way that maintains the highest standards of integrity and public confidence.”

The spokeswoman added that the Office of Liquor and Gaming Regulation is very strict when it comes to complying with the state regulation and added that the authorities want to “send a strong message that unlawful and criminal behavior will not be tolerated.”

In October, Queensland decided to introduce new casino laws which included stricter casino oversight and more severe penalties for breaking the rules. The decision came after other states in Australia have implemented tougher legislation recently following inquiries into the activity of Crown Resorts in New South Wales, Victoria and Western Australia, and into the alleged breaches of Star Entertainment Group in New South Wales and Queensland.

The Ville Casino is expected to defend itself in court in this case in January. This is the only casino in Townsville and it features 370 gaming machines along with a hotel with 194 rooms. Another casino in Queensland, the Reef Hotel Casino in Cairns has been fined 10,000 Australian dollars for a similar breach after pleading guilty.

In a separate case, Star Entertainment, which operates two casinos in Queensland, has been fined no less than 100 million Australian dollars for repeated breaches of state regulations.

The was given 12 months to pay the fine, while its licenses to operate Treasury Brisbane and Star Gold Coast were suspended for 90 days. However, the Queensland government deferred the suspension until the 1st of December 2023, and until then Star Entertainment has to take the necessary steps in order to become fully compliant with laws and regulations in the state.

The government also appointed an independent manager to oversee the company’s operations in the state. The company also manages the Gold Coast Convention & Exhibition Center on behalf of the Queensland Government.