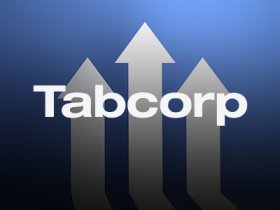 Tabcorp, the powerful Australian lottery and betting operator, has announced that the digital market share for its wagering and media business has increased to 24.7 percent in the first quarter of the 2022-2023 fiscal year.

The company released a trading update in which it also revealed that the group’s revenue for the three months to the end of September 2022 also registered an increase of 18.7 percent compared to the same period last year. However, the first quarter of the 2021-2022 fiscal year has been impacted by restrictions on retail locations due to the novel coronavirus pandemic.

The revenue from the company’s wagering and media business went up by 14.2 percent year-on-year, while the digital share increased from 23.9 percent to 24.7 percent. The good result was recorded even though the company didn’t manage to release its new mobile app in time to affect results for the first quarter.

In fact, the company’s new app was released in September, ahead of Australia’s Spring Racing Carnival horse racing event. The new app is expected to increase the digital market share even further. Since the app went live Tabcorp noted that it recorded an increase of 16 percent in weekly active customers, a 7 percent increase in the average bet and a 33 percent surge in reactivations.

Gaming services revenue also recorded a significant increase in the first quarter, no less than 91.7 percent year-on-year. However, Tabcorp pointed out that the massive increase is largely due to restrictions being in place during the comparative period of the previous fiscal year.

Bruce Akhurst, the chairman of Tabcorp, revealed that the focus of the Australian company is on growth in general but in particular they are looking to expand on the digital wagering market.

“The hero metric we have adopted to measure our performance in our core wagering business is digital revenue market share,” Bruce Akhurst explained, adding that the company will be “reporting to shareholders regularly on the progress against that measure.”

The past few months have been quite active for Tabcorp as the company has recently acquired a 20% equity interest in social digital wagering platform Dabble Sports for 33 million Australian dollars.

Earlier in September, the Australian company sold eBet, its loyalty and tracking systems business for gaming venues, to Venue Digital Technology Pty Ltd for a total of 62 million Australian dollars.