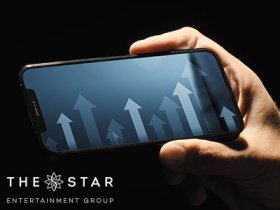 Star Entertainment Group, one of the most powerful operators of land-based casinos in Australia, has announced its results for the 2022 fiscal year and the numbers added up to a net loss of 199 million Australian dollars.

However, the company pointed out that it seems to have recovered well from the effects of the Covid-19 pandemic as domestic revenue for the June 2022 quarter surpassed the levels that had been recorded before the novel coronavirus appeared.

Star Entertainment revealed that its gross revenue declined by 2 percent in the 2022 fiscal year compared to the 2021 financial year, with the total for 2022 amounting to 1.53 billion Australian dollars.

Earnings before interest, tax, depreciation and amortization (EBITDA) also recorded a decrease of 44 percent compared to the previous year, amounting to 239 million Australian dollars. The negative results were mainly due to the lingering effects of the novel coronavirus pandemic as there had been several restrictions in place for the first nine months of the fiscal year.

In fact, The Star Sydney was closed for no less than 102 days, while Treasury Brisbane had its doors shut for 12 days. The Star Gold Coast also had to be closed for 11 days, but even when the venues were open there still had to be some restrictions in place.

However, Star Entertainment underlined that domestic revenue in the final quarter of the fiscal year was 11 percent higher than what the company recorded before the pandemic struck. Moreover, slots revenue was up 26 percent while non-gaming revenue grew by 26 percent.

When looking at each of the company’s venues performance, the results show that The Star Sydney was on par with its pre-Covid levels, while The Star Gold Coast recorded a 48 percent increase in revenue and Treasury Brisbane reported an increase of 13 percent.

Star Entertainment also revealed that its recovery from the effects of the novel coronavirus pandemic seems to continue in the September quarter. In fact, domestic revenue in this quarter is currently 9 percent higher than the 2019 September quarter.

Geoff Hogg, the acting Chief Executive Officer of Star Entertainment, said that the twelve months of the 2022 fiscal year have proven the resilience of the business and that customers are eager to return at the casinos once the properties are allowed to reopen. “This gives us great confidence moving forward,” Geoff Hogg added.

The company is currently going through a redesign of its board of directors, with two new members being recruited last week. The company has also appointed a new Chief Executive Officer, with Robert Cooke set to take over the role in September.