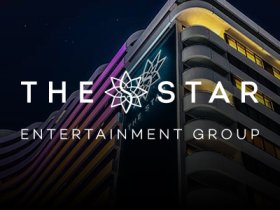 Star Entertainment, one of the largest owners and operators of land-based casinos in Australia, has received more bad news along with a hefty fine of 100 million Australian dollars in Queensland, Australia’s second-largest and third-most populous state.

The company operates two casinos in the state, Treasury Brisbane and Star Gold Coast, and their activity has been under investigation in recent months. In October, Star Entertainment was found unsuitable to hold a casino license in Queensland, at the end of an inquiry led by Robert Gotterson AO.

At the same time the Queensland government announced that the maximum penalty that can be imposed on a casino will be raised to 100 million Australian dollars, exactly the amount of the fine that Star Entertainment has now received. The company was slapped with a similar penalty in New South Wales as its activities at Star Sydney have also been under investigation.

Star Entertainment was given 12 months to pay the fine worth 100 million Australian dollars, while its licenses to operate Treasury Brisbane and Star Gold Coast were suspended for 90 days.

One Year To Turn Things Around

However, the Queensland government deferred the suspension until the 1st of December 2023, and until then Star Entertainment has to take the necessary steps in order to become fully compliant with laws and regulations in the state.

The government also appointed an independent manager to oversee the company’s operations in the state. Justice Shannon Fentiman, Attorney-General and Minister for Justice in Queensland, issued a statement in which she pointed out that “should The Star make satisfactory progress towards rectifying these issues” the minister along with the special manager can decide to “postpone or rescind the suspension of licenses”.

Explaining the government’s decision, the Minister noted that she was “appalled at the extent of the actions of The Star in welcoming excluded persons to their casinos and the exorbitant incentives on offer for questionable gamblers”.

Star Entertainment was founded in 2011 and it owns and operates the Treasury Casino & Hotel The Star Gold Coast and The Star Sydney. The company also manages the Gold Coast Convention & Exhibition Center on behalf of the Queensland Government.