Sportech Revenue Drops by Over 40 Percent in 2020 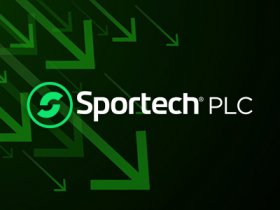 Sportech PLC, the well-known international betting technology provider, has recorded a 40.6% year-on-year decrease in revenue for 2020, when it sold both its Bump 50:50 lottery brand and the Global Tote business.

The company managed to bring in revenue of 27.5 million dollars in 2020 and ended up making a loss of around 15 million dollars at the end of the year. Richard McGuire, the company’s Chief Executive Officer, said that it was a difficult year for the business due to the novel coronavirus pandemic, which kept several venues shut for months.

However, McGuire added that the company performed better than was they had been expecting in March 2020. The CEO also underlined that they managed to “generate tangible returns” for the investors by selling some assets.

Wagering at venues made up most of the revenue for Sportech in 2020, but it was still 36 percent less than what was recorded in 2019. Food and beverage sales at those venues made the company another 1.5 million pounds, no less than 66.5% less than the previous year.

However, the company made a profit of almost 3 million pounds from its lottery business. Sportech had to pay almost 10 million pounds in costs of sales and another 12.3 million in operating costs for an adjusted earnings before interest, tax, depreciation and amortisation (EBITDA) loss of £2.3m.

The Australian company raised around 38.28 million U.S. dollars through a public placement to help fund this acquisition. BetMakers also revealed that this sum was raised after the company offered more than 83 million shares to investors, priced at 46 cents per share.