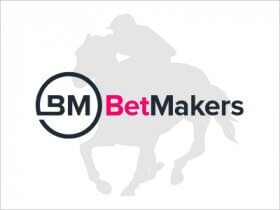 BetMakers Technology Group, a race betting operator and technology provider from Australia, has now sealed the agreement with Sportech to buy their racing and digital subsidiaries in the United States, the United Kingdom, Europe and Asia.

The Australian company announced that it has raised around 38.28 million U.S. dollars through a public placement to help fund the acquisition. In an official filing, BetMakers revealed that the cash was raised after the company offered more than 83 million shares to investors, priced at around $0.46 per share.

BetMakers added that it still needs an additional 7.64 million dollars for the purchase, but that it hoped the funds would be secured through a share purchase plan.

The offer was made by the Australian company at the beginning of December, with the purpose of acquiring the Global Tote pari-mutuel technology division of Sportech.

The shareholders had to approve the deal and they did that at the start of 2021, an overwhelming majority of them voted in favour of the deal. BetMakers, the company based in New South Wales, will now get control of the global tote business previously owned by Sportech for just under 43 million dollars.

Just 0.2% of the Sportech shareholders voted against the deal. The global tote business that was the purpose of this deal consists of its Americas tote business, its digital business in North America, its tote business in the United Kingdom and Europe, plus the Quantum-branded tote technology system used for major race meetings such as the Royal Ascot Festival in Britain.

Expanding The Customer Base

Speaking about the deal, Todd Buckingham, Managing Director of BetMakers Technology Group, said: “This acquisition will supercharge our entry into the United States and position the company for substantial growth on the back of the emerging wagering opportunities in U.S. racing, including Fixed Odds, where we believe we are well placed.

The acquisition of Sportech assets and the momentum we are seeing in the BetMakers’ business during this current financial year places the Company in an extremely strong growth position.”

Moreover, a company statement issued earlier this week said: “The proposed acquisition of Sportech’s racing and digital assets in the United States, United Kingdom and Europe is intended to accelerate our international growth plans with a significantly expanded global customer base and strategic position to fully capitalize on emerging opportunities in the market of the United States including fixed-odds wagering. We consider the acquisition to be transformational for the company’s financial and growth prospects.”