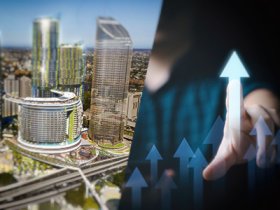 The Government of Queensland, the second-largest and third-most populous Australian state, has announced that the gross gambling revenue for the second quarter of 2022 recorded a significant increase.

In the month of July, the state generated 62 million Australian dollars in gross gambling revenue, a figure that represents an increase of 16 percent compared to the previous month and a 32 percent rise year-on-year.

The revenue growth was recorded even though the number of operational machines in Brisbane, the state’s largest city, decreased by 1 percent from 8,202 machines to just 8,142.

The only region that saw an increase in the number of operational machines was Brisbane North, while in Brisbane East, Brisbane South, Brisbane West and Brisbane Inner City the number declined on a year-on-year basis.

The region that generated the most revenue was Brisbane South, with 21 million Australian dollars on record and an increase of 34 percent in gross gambling revenue compared to the same quarter of the previous year.

Out of the total gross gambling revenue, just 21 percent came from Brisbane North, the only region that saw an increase in the number of installed gaming machines compared to 2021.

Brisbane East and Brisbane Inner City each contributed 19 percent to the July 2022 gross gaming revenue recording solid increases from 9 million in the same period of 2021 to 12 million this year.

Solid Increase From Hotels and Clubs

The gross gaming revenue from this segment in Brisbane grew 21 percent on a year-on-year basis to a total of 302 million Australian dollars from just 250 million dollars last year.

Queensland has a total of 12 casinos and pari-mutuel facilities, spread out across 6 cities throughout the state. The most famous gambling venues in the states are The Star Gold Coast, Treasury Casino and Hotel Brisbane, both operated by Star Entertainment Group, and The Reef Hotel Casino, owned by Casinos Austria International Limited and Accor Casino Investments.