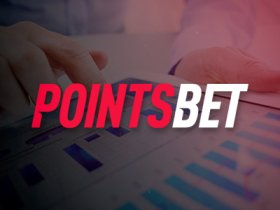 PointsBet, the powerful online bookmaker and casino operator from Australia, has released its results for the 2022 financial year and the numbers show excellent revenue growth and great gains on the United States market.

In the fourth quarter of the 2022 fiscal year, PointsBet recorded turnover of 1.30 billion Australian dollars, a figure which represents an increase of 32 percent compared to the final quarter of the previous year.

The company’s total net win for the year amounted to 309.4 million Australian dollars, with 289.1 million coming from sports betting and the remaining 20.3 million resulting from iGaming, including live casino operations.

The fourth quarter of the 2022 financial year was quite action-packed for PointsBet as the Australian operator received its license to operate on the newly-opened market in Ontario, Canada’s most populous province.

The market in Ontario opened on April 4 but PointsBet was only able to generate revenue of 200,000 dollars from there in the fourth quarter. Moreover, the operator was fined 30,000 Canadian dollars by the Alcohol and Gaming Commission of Ontario for allegedly breaching advertising standards.