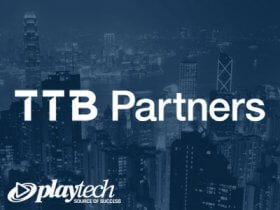 Playtech, one of the world’s largest suppliers of slot games and live casino content for online casinos, has announced that it has decided to give TTB Partners another month to come up with a concrete takeover bid.

TTB Partners, an Asian-based investment group, had initially been given until 17 June to propose an offer for the takeover of Playtech. However, the discussions between the two parties had taken longer than expected, so Playtech decided to set a new deadline on July 15.

Playtech expressed its belief that allowing more time for discussions is in the best interest of its shareholders. The extended deadline was eventually approved by the Panel on Takeovers and Mergers, which could, in theory, extend it once again if needed.

Despite the intense ongoing talks, Playtech underlined that there is still no certainty that TTB Partners will eventually submit a takeover offer for the business.

TTB Partners first manifested their interest in acquiring Playtech in February, after the takeover attempt from Aristocrat was rejected by the Playtech shareholders in an overwhelming vote.

Gopher Investments In The Way

At that time, TTB Partners asked to be released from certain restrictions regarding Gopher Investments, a company that was advised by TTB when it also attempted to take over Playtech.

Gopher Investments is a minority shareholder in Playtech and in November 2021, after the interest manifested by Aristocrat, tried to evaluate a possible takeover bid of its own. However, that avenue was closed after just a few weeks as Gopher announced that it had dropped out of the race.

However, despite the deal falling through, since TTB Partners advised Gopher Investments, the rules say that it would have been blocked from making an offer of its own for the following six months (until 20 May). Playtech decided against lifting the restrictions, and when those six months passed the initial deadline was announced by the gaming company.

Playtech was founded in 1999 and has developed into a famous provider of video slots and live casino titles. The company has around 6,400 employees in 24 countries, and its games can be found in almost all the largest online casinos in the world. Playtech’s live casino titles are currently broadcast from studios in the United States, Latvia, Estonia, the Philippines and Romania.