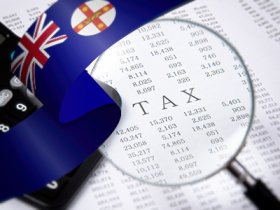 New South Wales, Australia’s most populous state, is likely to have increased taxes for casinos in 2023, at least that is what the state Treasurer is proposing in an attempt to generate more revenue for the government.

According to the Treasurer of New South Wales, the increase on casino taxes would drive an additional 364 million Australian dollars to the government’s coffers over the next three years.

The proposed increase would be put into place from July 1st, 2023, and would regard all casino earnings from gaming tables and poker machines. Under the current tax regime, casinos pay less tax on poker machines than hotels and clubs.

“It’s important that casinos pay their fair share of tax,” the state Treasurer said in a statement. The proposed tax increase would “support the State’s fiscal sustainability”, helping the government cope with spending related to the impact of the novel coronavirus pandemic, as well as bushfires and floods.

The Star Entertainment Group, one of the biggest casino operators in the state, has issued a response to the Treasurer’s proposal, revealing that the New South Wales government has not consulted industry stakeholders before coming up with the idea of a tax increase.

Robert Cooke, the Chief Executive Officer of Star Entertainment, was not very pleased with the proposal and made his feelings known. “We are not sure how the Government modeled its financials nor the basis for suggesting The Star does not pay its fair share of taxes,” Cooke said. “Specifically, in addition to state gaming taxes, The Star also pays millions in corporate taxes, with total taxes paid as a percentage of The Star’s profits being around 70%, and as high as 80% in the last 5 years when all the tax regimes are considered.”

Star Entertainment also revealed in a statement that it is “seeking to urgently engage with the New South Wales Government” in order to discuss the impact of the increased tax rate on its business.

The company’s Sydney casino is currently operating under the supervision of an independently appointed manager, after state authorities found the operator unsuitable to hold a casino license in New South Wales. Star Entertainment also received a fine worth 100 million Australian dollars in the state.