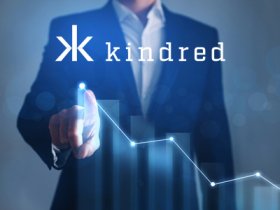 Kindred Group, a successful global online gambling operator, has ended a difficult 2020 with record revenues in the final quarter of the year thanks to bigger sports betting margins, higher customer engagement and some cost-cutting as well.

This group of companies operates several online casino and sports betting brands, including well-known names like Unibet and 32Red. They are licensed to operate online casinos in Australia as well, along with several other territories in Europe and the United States, and the company also has offices in Sydney and Darwin.

In a trading update for the Stockholm stock exchange, Kindred reported revenues of 365 million pounds for the three months ending December 31, which represent an increase of 55% compared to the same period of 2019. Moreover, the figures are up 30% compared to the performances recorded in the third quarter of 2020.

The report convinced at least some investors to buy Kindred stocks, their price went up by 5% on Tuesday before the market closed. The increased revenues were explained by the company through a solid customer base of almost 2 million active clients during the fourth quarter of 2020, up 11% year-on-year.

The company also added that the final three months of the year brought a 10% margin on sports betting, which is around 1.5% higher than usual. The final figures for the fourth quarter will be released on February 10.

Kindred Group expects their final Q4 profits to be around 115 million pounds, a figure that is four times higher than the 30 million they reported in the final quarter of last year.

A Difficult Year After All

Reaching these results required some sacrifices as well, in April the company announced the sacking of 75 staff as the coronavirus pandemic was beginning to affect the gambling and sports betting industry.

At the time Kindred Group insisted that the staff trimming had nothing to do with the COVID-19 outbreak, but overall the company has tried to cut costs throughout the year in order to make the operation more efficient and solid.

The company also decided to increase its marketing spend, in the fourth quarter it represented around 21 percent of gross revenue. Some of the profits were invested into expanding the business: in October the Kindred Group acquired Rank Group’s Belgian casino for 25 million pounds.

Moreover, during the same period Unibet announced a sponsorship deal with the Philadelphia Eagles, a move meant to boost the activity at its online casino licensed in Pennsylvania.