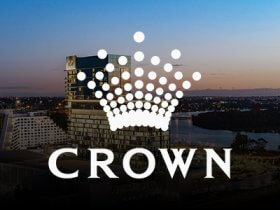 Crown Perth, one of the top land-based casino venues owned and operated by Crown Resorts in Australia, has announced that its new Chief Executive Officer has officially taken charge of the business.

The new leader of Crown Perth has plenty of experience in the industry as he has previously served as an executive at MGM Resorts. His main task at Crown Perth is to lead the casino back to good standing with the state authorities.

That is because earlier this year the Perth Casino Royal Commission found Crown Perth unsuitable to hold a casino license. However, at the time the Royal Commission agreed to allow the company to operate its casino for two more years, a period in which it was given the chance to make a return to suitability under the close watch of an independent monitor.

The Perth Royal Commission stressed that Crown Resorts will have to “embark on a pathway to suitability” as their activities will be overseen by an independent monitor which will report everything back to the Gaming and Wagering Commission.

Paul Steel was appointed as independent monitor and he will be working together with David Tsai to implement all of the recommendations that were issued in the report of the Perth Casino Royal Commission.

Speaking about the appointment of David Tsai at Crown Perth, Ciaran Carruthers, the Chief Executive Officer of Crown Resorts, expressed his belief that this is “a pivotal moment” in the history of the company and that the new Crown Perth CEO is “well placed” to lead the casino through this phase.

The Crown Resorts CEO described David Tsai as a person who is passionate about “instigating true cultural change” and declared himself confident that together they would be able to “create exceptional experiences for our guests in Western Australia.”

David Tsai, the new Crown Perth CEO, described the moment as “the start of a wonderful journey” and declared himself “excited” to be in charge of the resort in Perth, which he described as “ a world-class property, with premium restaurants, luxury accommodation and exceptional entertainment.”