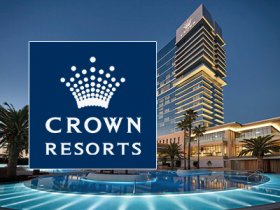 Crown Resorts, the biggest land-based casino operator in Australia, has received criticism from the royal commission in the state of Victoria for not improving the company’s responsible gaming policies.

The government of Victoria has appointed a royal commission to investigate Crown Resorts earlier this year, after the company was found to have facilitated money laundering by a report in New South Wales. Crown Resorts is also investigated in Western Australia.

The investigation in Victoria will eventually decide whether Crown Resorts should continue to hold a license to operate their casino in Melbourne, one of the biggest and most attractive in the country.

So far, the commission has concluded that gamblers at Crown Melbourne are three times more likely to experience gambling harm than those betting at other venues. That is due to the company’s lack of determination when it comes to implementing responsible gaming policies.

In fact, the commission pointed out that there are just 12 responsible gambling advisers at Crown Melbourne, a venue which hosts around 64,000 visitors every day. According to commissioner Raymond Finkelstein, the 12 advisers can’t be expected to look out for people suffering from gambling problems because, given their reduced numbers, that would be “physically, humanly impossible.”

Confronted with the evidence, Sonja Bauer, Responsible Gaming General Manager at Crown Resorts Limited, admitted that her company cannot claim to be a “world leader” when it comes to implementing responsible gambling practices.

The whole issue could have a significant impact on Crown Resorts, because the commission might find that the company’s lack of action when it comes to responsible gaming could be interpreted as a breach of the license. And if that license would be revoked, then Crown Resorts would no longer be able to operate their casino in Melbourne.

Meanwhile, the company has received a proposal that could mean a way out of trouble: a merger with The Star Entertainment Group, the company that owns and operates The Star Sydney, The Star Gold Coast and Treasury Brisbane.