Crown Resorts Prepares To Launch Gaming In Sydney Venue In 2022 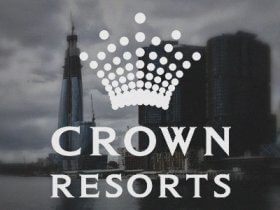 Crown Resorts, the biggest owner and operator of land-based casinos in Australia, revealed that it expects to finally get gaming activities going in 2022 at its brand new casino located in Barangaroo, Sydney.

The announcement was made by Crown Resorts executives during an investor briefing which was held on Monday, December 13. The executives also added that the gaming space at the Sydney venue could be expanded to up to 20,000 square meters as there’s a whole floor ready to accommodate gaming activities.

Crown Sydney opened on December 28 last year as it was granted an interim liquor license by the New South Wales Regulator. However, the company was not given a gaming licence, it all depended on the findings of the Bergin investigation, which eventually led to the decision to suspend Crown’s gaming license in New South Wales.

The release of the Bergin Report led to the resignation of Ken Barton, Crown’s Chief Executive Officer. Five other top executives also left the company at the time, including directors Andrew Demetriou, Guy Jalland and Michael Johnston.

Crown Sydney is a five-star facility with 350 hotel rooms along with numerous bars, restaurants and 120 gaming tables. The company invested around 2.2 billion Australian dollars into this casino resort and construction works lasted just over four years.

Some of the investors present at the briefing asked about the forecast regarding Crown’s prospects of getting back to pre-Covid earnings, and the company’s executives responded that the numbers are different for each of its properties.

For example, Crown Perth did manage to deliver increasing revenue, six percent higher in the three months to October 30 than in the same period of 2019. Things were a lot different in Melbourne, though, as that casino only managed to have two or three weeks in which it could operate at full capacity.

“Melbourne has been named the longest lockdown city in the world. We anticipate this will last until the Christmas and New Years’ period. Hopefully, we get office swells and city swells going into the new year,” the Crown Resorts executives added.

However, Crown Sydney delivered “really strong” results this year, even though it wasn’t allowed to open its casino. The venue’s hotel and food and beverage amenities were affected by the lack of domestic and international travel, but still managed to produce good revenue.

Crown added that it is ready to open its gaming activities in Sydney, the company already has 420 staff employed in gaming-related positions at this venue. Moreover, the company has ongoing discussions with the Independent Liquor and Gaming Authority, targeting an opening of its gaming floor in the first months of 2022.