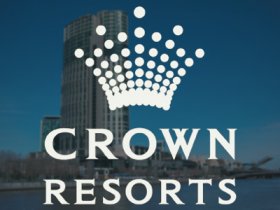 Crown Resorts, the company that owns and operates land-based casinos in Perth, Melbourne and Sydney, has agreed to pay 22.5 million Australian dollars to the government as part of the measures established by the New South Wales Independent Liquor and Gaming Authority.

This settlement came after the inquiry into the company’s activities in New South Wales found evidence that Crown’s facilities and accounts were used for money laundering. The report that was released at the end of the inquiry led to the resignation of Ken Barton, the company’s Chief Executive Officer, along with other departures from the board of directors.

Moreover, Crown Resorts was deemed unsuitable to hold a casino operating license in Sydney by the New South Wales Independent Liquor and Gaming Authority. That decision stopped the company from operating its casino at the brand-new resort it built in Barangaroo in central Sydney.

Now Crown Resorts came to an agreement with the New South Wales Independent Liquor and Gaming Authority, the company will pay 12.5 million dollars to cover for the costs of the inquiry and will also dish out 5 million dollars per year as “Casino Supervisory Levy.”

The yearly payment will be made both in fiscal year 2021 and 2022, and a further levy might be established for 2023, but that decision will be made at a later date. Moreover, Crown will have to cease accepting cash in its casinos and also stop all operations through international junkets.

The New South Wales Independent Liquor and Gaming Authority revealed that it appreciates the efforts made by Crown Resorts to make its business compliant with the rules and regulations. As a result of those efforts, the company might receive its license this year and start operating its casino in Sydney by the end of October.

Until then, Crown Resorts decided to reject a takeover offer from Blackstone Group, a powerful private equity firm from the United States of America that already owns almost 10 percent of the Australian company. Last week, Blackstone made an improved offer of 12.35 Australian dollars per share but it was rejected by Crown.

However, Crown Resorts is still considering a much more interesting proposal that came from rival company The Star Entertainment Group. The latter proposed a merger between the two companies, creating a new entity, which would have pro forma ownership of 59 percent for Crown shareholders and 41 percent for Star shareholders.