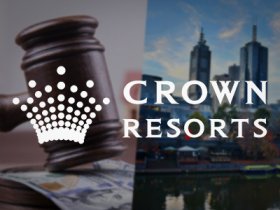 Crown Melbourne, one of the biggest properties owned by gambling giant Crown Resorts, has received a fine of 1 million Australian dollars because it failed to comply with junket rules in the state of Victoria.

The Victorian Commission for Gambling and Liquor Regulation announced that Crown Melbourne did not comply with the request to sever its ties with a junket operator that was deemed “unsuitable” by the regulator. The Commission added that it had given Crown Resorts repeated warnings regarding this issue.

The junket operator, called “Mr A”, was convicted of gambling offences in the United States in 2014, and due to that fact the Victorian Commission for Gambling and Liquor Regulation asked Crown Melbourne to cease its relationship with him.

Despite that warning, the casino operator began an association with “Ms B”, the personal assistant of the incriminated “Mr A”, and actually conducted a first junket program in October 2015.

Moreover, in January 2016 it was reported that Crown Resorts continued to deal with “Ms B” as a junket operator and even granted her a credit facility worth 20 million Australian dollars. That credit facility was guaranteed by a third party named “Mr C”, who was a business associate of “Mr A” and an individual that had also been arrested in the United States.

The Victorian Commission for Gambling and Liquor Regulation issued a statement in which it explained that Crown Melbourne failed to end its relationship with “Mr A” and then did not conduct proper due diligence regarding the association with “Ms B”. The regulator added that those were the main reasons behind the decision to issue the fine worth 1 million Australian dollars.

Moreover, the regulator added that it was not notified by Crown Resorts regarding the company’s relationship with “Ms B”, and that is an additional reason for imposing the maximum allowable penalty for the casino operator.

“The amount of this fine reflects the seriousness of this matter, particularly Crown’s conduct in failing to immediately implement the requirements of the Commission’s direction to cease a relationship with an unsuitable junket operator,” explained Ross Kennedy, the Chairman of the Victorian Commission for Gambling and Liquor Regulation.

This decision came after Crown Melbourne was forced to pay another fine of 1 million Australian dollars in April for similar breaches. At the time, the state of Victoria decided to increase the maximum penalty and ban junket operations altogether through the Casino and Gambling Legislation Amendment Act of 2021. Crown Resorts is currently undergoing a reform process and it appointed a reputable new Chairman to help the company steer clear of its troubled past.