Bank Australia to Block All Gambling Activity Via Its Credit Cards 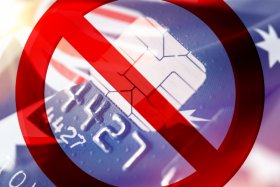 Bank Australia, the tenth-largest company in the Australian mutual or cooperative banking sector, has announced that it will ban all credit card transactions for gambling and gaming purposes. The ban will become effective on December 1st, giving customers time to decide whether they want to stick with this bank or move their accounts elsewhere.

Bank Australia is a conglomerate of credit unions and co-operative banks, based in Kew, Victoria. Their responsible and ethical approach to banking is part of their identity as a brand. In fact, they already have a policy that restricts them from lending money to companies in the gambling sector, and they also don’t deal with companies that are involved in tobacco, fossil fuels, weapons and live animal exports.

The bank says it has already asked the customers what they think about the proposed ban, and that 87% of them supported it. The company insists that it respects the customers’ freedom to spend their money as they please but defend their intention of depriving the gambling industry of funds.

On the other hand, Jeff Rogut, Chief Executive of the Australasian Association of Convenience Stores, says that the bank should not be controlling how its customers behave. “I don’t think the ­companies that are offering the service should decide where consumers are spending their money,” he said.

Peter Kurti, Director at The Centre for Independent Studies, added: “It’s odd that a bank wants to dictate such moral decisions. What’s next? If you go to Dan Murphys or McDonalds and make four trips in a week is the bank going to say “no it’s bad for you”?”

Bank Australia is not the first credit institution in the country to impose restrictions on gamblers, Macquarie has implemented similar measures last year, prohibiting customers from using their cards for gambling or lottery purchases.

Other banks have adopted a more lenient approach, allowing their customers to choose whether they want to limit their gambling spending or not. Earlier this year, National Australia Bank became the first bank in Australia to offer the option of blocking gambling transactions through its mobile app.

That card would have funds pre-loaded on it, but it would also be linked to the state exclusion register to identify self-excluded players and prevent them from gambling.