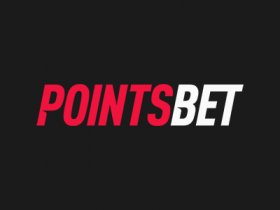 PointsBet, the successful Australian bookmaker, has announced that it recorded impressive results in the first quarter of the 2021-2022 financial year, especially thanks to its performance on the United States market.

The Australian bookmaker recorded sports betting and iGaming net win figures of 69.5 million Australian dollars for the first quarter of the 2021-2022 financial year. This figure represents an increase of 82 percent compared to the same period of the previous year.

The bookmaker’s operations in Australia recorded an increase of 79 percent in active clients, while its United States division recorded an impressive growth of 367 percent for this indicator.

The company’s turnover figures for the first quarter of the fiscal year were 979.9 million Australian dollars, up 42 percent compared to the same period of last year. Out of that total, 631.4 million dollars came from the operations in Australia, while the remaining 348.6 million were generated by the United States business.

In fact, the company’s operations in North America recorded an increase of 112 percent compared to last year. Illinois was the best performing state with sports betting turnover of 131.8 million Australian dollars. New Jersey ranked second with 102.1 million dollars, Colorado added 38.5 million dollars, while Michigan generated an additional 32 million dollars. However, PointsBet’s operations in Michigan were launched in January, so in the near future that revenue is expected to grow significantly.

In 2020 and 2021 PointsBet launched its first iGaming offerings in various North American states and it also secured a market access deal for Texas with Major League Soccer team Austin FC. The Australian company also made a deal with Evolution, the world’s largest supplier of live dealer games, to launch live casino services on the United States market.