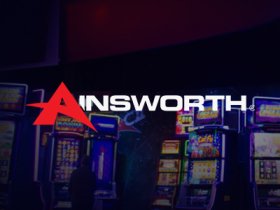 Ainsworth Game Technology, the major Australian manufacturer of casino gaming equipment, has announced its full and definitive financial results for the 2021-2022 fiscal year.

Overall, the Australian company recorded earnings before interest, tax, depreciation and amortization (EBITDA) of 48.6 million Australian dollars during the 2022 fiscal year, but the major news comes from Australia, where the company’s profits recorded a massive increase of 158 percent compared to the previous fiscal year.

The impressive result was mainly due to reduced depreciation expenses as the company had assets fully written down on June 30, 2021. The company also has a gross profit margin of 36 percent and that contributed to the improved results recorded in Australia.

The Australian company’s online division had a solid performance throughout the year, contributing 69 percent to the total revenue and helping the company offset underperforming regions such as New Zealand, Europe and Asia.

The increase in revenue from the online business is due to the agreement with Game Account Network (GAN) that was signed by Ainsworth on the first of July, 2021. That deal is expected to bring the company more than 30 million U.S. dollars over the next five years and will solidify the Australian company’s presence in the United States market through GAN’s extensive distribution network.

Ainsworth Interactive, the company’s subsidiary that acts like a Real-Money-Gaming (RMG) online content supplier throughout the licensed and regulated markets in the U.S.A, Latin America and Europe, has now established itself as a respected presence in the global iGaming industry.

The company’s online division also has a partnership with Zynga, the social gaming giant, an agreement which allows Ainsworth’s content to be distributed in the social online gaming market.

During the first quarter of the fiscal year Ainsworth announced the signing of a long-term partnership with Caesars Entertainment, the big American casino operators.

The deal brought the world-class video slots developed by Ainsworth Game Technology into the offering of CaesarsCasino.com, HarrahsCasino.com, and WSOP.com, online casinos that Caesars Entertainment is operating in the state of New Jersey.

Caesars Entertainment is an American company that operates several land-based and online casinos, along with multiple golf courses and resorts. The company was founded all the way back in 1934 in Reno, Nevada. In 2013, Caesars Entertainment was the fourth-largest gaming company in the entire world, with annual revenues of over 8.5 billion dollars. In 2020, the company was acquired by Eldorado Resorts in a deal worth over 17 billion dollars.

Ainsworth Game Technology was founded in 1995 by Len Ainsworth, who desired the company to become the leading manufacturer and supplier of gaming machines, software and related equipment developed. Now the company is one of the most prominent gaming companies in the world, with sales offices in Australia, New Zealand, Europe and the United States of America.