Ainsworth Makes Return To Profit In First Half Of Fiscal Year 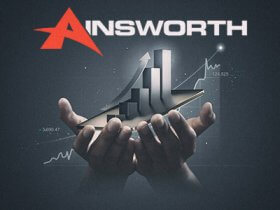 Ainsworth Game Technology, the famous Australian gaming equipment manufacturer, has announced its results for the first half of the 2021-2022 fiscal year and the numbers show a return to profitability for the company.

The company announced it recorded a profit after tax of 9.1 Australian dollars in the six months through to 31 December 2021, a significant improvement from the loss of 50.1 million Australian dollars recorded in the same period of the 2020-2021 fiscal year.

The improved performance was mainly due to the much better performance of the company’s operations in North America and Latin America as casinos in those regions reopened following difficulties during the novel coronavirus pandemic.

Moreover, last summer Ainsworth announced it signed a long-term partnership with Caesars Entertainment, the gigantic American casino operator. The deal’s purpose was to bring the world-class video slots developed by Ainsworth Game Technology into the offering of CaesarsCasino.com, HarrahsCasino.com, and WSOP.com, online casinos that Caesars Entertainment is operating in the state of New Jersey.

The Australian company’s sales in North America increased by 33 percent year-on-year to 54.6 million Australian dollars. Most of that increase was due to boosted revenue from Historical Horse Racing sales and installations. In fact, profit from this segment went up by a staggering 88 percent.