Ainsworth Records Losses in First Half Of Fiscal Year 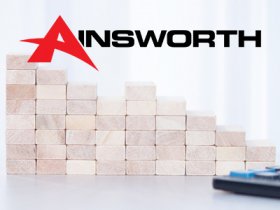 Ainsworth Game Technology, the established Australian gaming equipment manufacturer, reports pre-tax losses for the first half of the fiscal year. The losses are expected to be around 14 million Australian dollars.

This is a poor result for the company after having recorded losses of 31.5 million dollars in the previous fiscal year. However, the company expects revenues for the six months to 31 December 2020 to be around 72 million Australian dollars, a 71% increase compared to the first half of the fiscal year.

Nevertheless, that increase won’t be enough to cover the losses recorded all over the world as the company’s operations were heavily affected by the novel coronavirus pandemic. Compared to the previous fiscal year, though, the company’s revenues took a 33% hit.

On the bright side, Ainsworth reported that its performance in North America has improved over the past six months, with revenue totaling 41 million dollars in the first half of the fiscal year. The previous six months produced revenues of just 21 million Australian dollars.

The increase in revenue was driven by improved income from leasing and rental of gaming machines, which grew 10% compared to the previous fiscal year. Moreover, the company’s historical horse racing products made a positive contribution to the overall balance as well.

As for the operations in Australia, the revenue more than doubled thanks to good performance from new products that were launched during this period. However, the company’s business in Latin America was still affected by the coronavirus transmission rates, which led to closed venues and severe restrictions.

About the situation in South America, the company went into a few more details in a statement saying: “Given the uncertainties and deferrals of purchasing decisions caused by the pandemic within this region, further reductions in revenues are expected in the short term before a return to pre-pandemic activity levels, impacting timing of expected cash flows.”

Overall, despite the improvements recorded in North America and Australia, the company is expected to post a loss for the first half of the fiscal year due to the adverse financial impact of the restrictions in Latin America.

Ainsworth’s pre-tax loss is expected to be around 14 million Australian dollars. However, this is an unaudited result which is subject to further review in the coming weeks. The full breakdown of the company’s first half performance is expected to be released on 25 February, while the audited results should be published in March.

In November 2020, Ainsworth Game Technology announced that the company won’t be paying any dividends to its shareholders due to the effects that the coronavirus pandemic has had on the business.