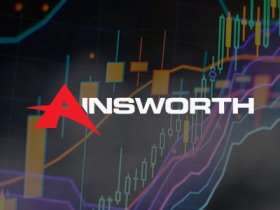 Ainsworth Game Technology, the well-known Australian manufacturer of casino gaming equipment, has announced that the 2022 fiscal year has brought a significant revenue increase for the company.

The company reported a full year revenue of 220.2 million Australian dollars, a figure which represents an increase of 38 percent compared to the results recorded in the 2021 fiscal year.

The company’s recovery reflects a return to normal activity for the whole industry after a couple of years in which operations were deeply affected by the novel coronavirus pandemic.

However, Ainsworth Game Technology also revealed that the good results are also due to “strong product performance in North America”, along with “improved market conditions” in Latin America, where the company recorded a revenue increase of no less than 185 percent.

Despite the great results recorded overseas, the company’s operations on the domestic front remained relatively unchanged. In fact, in the 2022 fiscal year Ainsworth Game Technology generated 38.9 million dollars in revenue from Australia, almost an identical figure to the 39 million dollars that were produced in the previous financial year.

The company explained that the lack of growth on the domestic front was largely due to “extended lockdowns” in New South Wales in the first half of the 2022 fiscal year.

Harald Neumann, the Chief Executive Officer of Ainsworth Game Technology, admitted that the company’s domestic performance “does not yet reflect” the business’s potential, but pointed out that the corporation has made investments that are meant to upgrade game performance and deliver better results in the future.

Ainsworth Game Technology was founded in 1995 by Len Ainsworth, who wanted the company to become the leading manufacturer and supplier of gaming machines, software and related equipment developed. Now the company is one of the top gaming companies in the world, with sales offices in Australia, New Zealand, Europe and the United States of America.