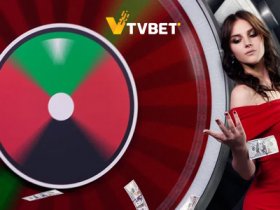 TVBET, the dynamic Cyprus-based provider of live dealer games, has enhanced the performance of WheelBeet, one of their headline games. The rounds have now become much faster as there is no longer a need to stop for technical breaks.

These improvements will increase the games frequency, and that will allow more players to take part and more bets to be placed. The updated version is already live at TVBET’s partners all around the world.

WheelBet is one of TVBET’s most popular live dealer games. It is a combination of elements derived from the wheel of fortune, along with items from American roulette. The aim of the game is to predict which sector of the wheel will win.

Before the update, the game used to take around three minutes, and after each of them there was a technical break. Now those breaks are gone, and the rounds come thick and fast, one after the other.

The game itself is faster now, the duration of three minutes per round has been trimmed down to just two minutes. TVBET has recently improved another of their well-known games, JokerBet was enhanced with new features and improved functionality.

Expanding into Asia and Winning Awards

Earlier this year, TVBET made a big step into the Asian market by signing an agreement with Indian digital gambling platform Betskey. The respective partnership brought TVBET’s portfolio of live dealer games to players in India and other countries in the region.

The SBC Awards have been awarded every year for the past decade, recognizing the most successful and innovative companies in the gambling industry. TVBET also received a couple of nominations in 2019, but didn’t receive any prizes. This year, the SBC Awards ceremony will be held in online mode on December 9.

TVBET has been around since 2016. The company started in Warsaw, Poland, and it focuses entirely on live dealer games. Their portfolio includes eleven unique titles at the moment, all broadcast in English and available to enjoy on several platforms, from TV to laptops and smartphones.