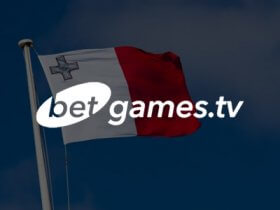 BetGames.TV, the well-known global supplier of live dealer and betting games, has announced plans of aggressive expansion as the company opened a new hub of operations in Malta.

The new Malta office will be the main base for offering support to the current BetGames.TV customers in Latin America, Africa and Europe. However, it will also serve as the engine behind the company’s expansion into new markets in the near future.

Andreas Koeberl, the Chief Executive Officer of BetGames.TV, revealed that the company’s focus remains on delivering unique products to its customers. The CEO added that the company’s old headquarters in Vilnius will remain fully operational, along with the new Malta offices.

BetGames.TV has also announced that it is looking to hire over 100 new employees to put their expansion plans in action. The new talent will be distributed both towards supporting existing customers and into the efforts of entering new markets.

The live dealer games provider has an impressive and growing portfolio of titles, which are gaining more and more popularity. Just a few weeks ago, BetGames.TV launched an original online version of Rock Paper Scissors, one of the most popular social games of all times.

This game has been played all over the world, but it seems its origins go back to 206BC, when the Han Dynasty first introduced it in China. BetGames.TV created a modern take of this famous pastime in the form of a live dealer casino game, in which the player competes against the dealer in one of two risk zones.

BetGames.TV had an impressive expansion in 2020, signing 70 new deals with casino and sportsbook operators around the world, including Betway, Amelco, UltraPlay and SBTech. The company’s live dealer games can now be found on over 2,000 websites and 4,000 retail locations all over the world.

The company’s success gained recognition at the SBC Awards in December, where BetGames.TV won the awards for “Leader of the Year” and “Live Casino Supplier of the Year.” BetGames.TV is now licensed to provide its games in the UK, Malta, Latvia, Lithuania, Estonia, Bulgaria, South Africa and Colombia.