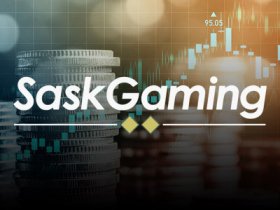 SaskGaming, the government-owned casino operator from the Canadian province of Saskatchewan, has announced that its revenue in the 2021-2022 fiscal year doubled compared to the previous twelve months.

Saskatchewan Gaming Corporation (SaskGaming) reported a net income of 19.1 million dollars in the 2021-2022 financial year, taking advantage of the reopening of its casinos in the province.

The government-owned corporation was established in 1996 to set up and operate Casino Regina. Then, in 2002, the company inaugurated Casino Moose Jaw, a new gaming venue in the province.

The last financial year didn’t lack challenges, though, as casinos remained closed during the first three months of the period. However, the remaining nine months saw a return to normalized operations, and that helped revenues significantly.

Shanna Schulhauser, spokesperson for SaskGaming, underlined that the 2020-2021 fiscal year brought the company a loss of 13.4 million dollars, so the net income of 19.1 million recorded in 2021-2022 is a big step in the right direction.

Speaking about the company’s financial results, Don Morgan, Minister Responsible for SaskGaming, described the performance as “steady improvement” as the corporation tried to recover from pandemic-related restrictions.

The Minister added that the company will be able to contribute 9.6 million dollars to the province’s General Revenue Fund, which supports the First Nations Trust, the Community Initiatives Fund and the Clarence Campeau Development Fund.

Despite the good financial results, the company decided not to make a dividend payment to its sole shareholder, the Crown Investment Corporation, due to the difficult situation generated by the pandemic, with temporary closures of casino properties.

Shanna Schulhauser revealed that the company’s activity is at “about 80 to 85%” at the moment, with full activity expected to resume in the coming months. Moreover, Casino Moose Jaw will undergo “some renovations”.

The Saskatchewan corporation is also looking to move into online gaming in the near future. At the moment, players in the province can enjoy online gambling through PlayNow.com, the platform operated by the British Columbia Lottery Corporation.