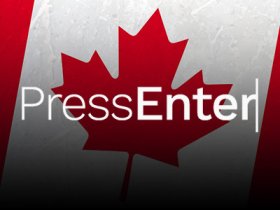 PressEnter Group, a company which owns and operates several international online casino brands, has announced that it was granted a license to operate in Ontario as their application was approved by the Alcohol and Gaming Commission of Ontario.

The group has chosen NitroCasino as the brand to enter the Ontario market first and the online casino is already live for players in this province after the operator secured the required approvals from the Alcohol and Gaming Commission of Ontario.

The Ontario launch is part of a larger plan of international expansion for PressEnter Group after the company has recently gone live with its UltraCasino brand in Chile and Peru. Additional launches in Latin America are also planned for the coming months.

As for Ontario, the operator identifies it as a market with great potential, probably one of the most promising in North America. Speaking about the launch, Lahcene Merzoug, Chief Executive Officer at PressEnter Group, said that this achievement represents another step in the company’s journey towards its goal, which is “becoming a truly global, top-tier operator.”

L7 Entertainment, the company that owns and operates the Lucky Days online casino brand, has also announced that it secured a license from the Alcohol and Gaming Commission of Ontario.

The brand will operate in the state through the LuckyDays.ca website and its license will run for a whole year before being assessed by the regulator for an eventual prolongation.

At the end of the second quarter of 2022, in Ontario there were 24 active operators, running 42 licensed online gambling websites. Players in Ontario can also enjoy live casino titles from the best suppliers in the industry. In fact, Evolution went live with its titles immediately after the market opened after having signed partnerships with multiple operators such as 888, BetMGM, LeoVegas, Rush Street Interactive and theScore Bet.

The Ontario market opened to private operators on 4 April, ending a long period in which only the state-owned Ontario Lottery and Gaming Corporation was allowed to operate in the province.