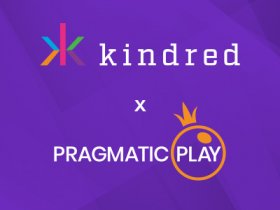 Pragmatic Play, one of the world’s leading providers of live casino content, has signed a landmark deal with the Kindred Group, the global online casino and sportsbook operator.

The agreement will see Pragmatic set up an exclusive live casino environment for Unibet, the most important online casino brand in Kindred’s vast portfolio. The exclusive studio will have several live gaming tables featuring Roulette and Blackjack, with customized branding and design.

The studio that will be used for this purpose is located in Bucharest, Romania, and it features the latest 4K video streaming technology and state-of-the-art sound systems.

In December 2020, Pragmatic and Kindred agreed to have a much closer partnership through direct integration of the supplier’s content into the operator’s casinos.

That agreement paved the way for the exclusive live casino contract, which was described by Yossi Barzely, Chief Business Development Officer at Pragmatic Play, as “a truly significant deal” for the company.

The Pragmatic executive added that this deal is expected to have a major impact on their business, mainly thanks to the global power that a brand like Unibet possesses.

The provider was established in 2013, initially under the “Extreme Live Gaming” brand. Later the company became part of the Novomatic Group and in 2015 the whole business moved to London.

In 2018, Extreme Live Gaming was acquired by slot provider Pragmatic Play and that is when their live dealer games really started to gain prominence on the global market. The company currently delivers up to five new slot titles every month, along with Live Casino and Bingo products.

On the other hand, David Robertson, Head of Casino at Kindred, said that their aim is to give the customers products that are “ﬁne-tuned for an unforgettable experience” and that the Pragmatic Play live casino is expected to deliver just that.

The Kindred Group was established in 1997 in London, and since then it has developed into a powerful presence in the online gambling industry. The group currently operates well-known brands such as 32Red, Unibet and Maria Casino, along with several other online casinos, sportsbooks and bingo websites.