Pollard Banknote Sets Up Acquisition of Next Generation Lotteries 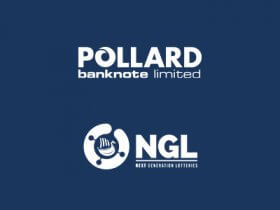 Pollard Banknote Limited, the lottery operator based in Winnipeg, has agreed to acquire Next Generation Lotteries AS, a leading provider of lottery management and iLottery technology.

The deal, announced in the last day of 2020, will see Pollard Banknote acquire 100 percent of the equity of Next Generation Lotteries, but the acquisition is subject to regulatory and third-party consents. The move is expected to be finalized by the end of the first quarter of 2021.

Pollard Banknote Limited is one of the oldest companies in the industry and a landmark in the Canadian city of Winnipeg. The company was established in 1907 and it started out as a commercial printing business. Then, in the 1970, it made the move towards security printing and eventually into lotteries and iGaming.

Next Generation Lotteries is leading a supplier to the lottery industry, providing retail lotto systems and iLottery platforms to several operators all around the world.

The company, which has its main headquarters in Vienna, Austria, was mainly focused on Europe and Asia, providing lottery solutions in various jurisdictions. Next Generation Lotteries purchased Novomatic Lottery Solutions from NOVOMATIC AG on October 31, 2019, and since then grew its presence on the international market.

Next Generation Lotteries has opened offices in Spain and Tunisia in order to operate lotteries in those countries, but also hired development staff in Serbia and Iceland. Overall, the company employs approximately 130 people at the moment.

For Pollard Banknote Limited, the acquisition of Next Generation Lotteries (NGL) represents a significant step towards expanding their offering for the North American market.

Speaking about the deal, Doug Pollard, Co-Chief Executive Officer of Pollard Banknote, said: “We are thrilled with the NGL team joining Pollard Banknote. NGL will significantly expand our product offering for both retail and iLottery gaming and will be a strong complement to our North American leading joint venture, NeoPollard Interactive LLC.

The recent worldwide growth seen in 2020 in omnichannel lottery sales, and particularly iLottery, highlights an important opportunity for lotteries around the world. With NGL’s expertise, we look forward to helping our lottery customers in Europe and around the world to increase revenues for the good causes they support.”

Hans Vigmostad, Chief Executive Officer of NGL, added: “We are excited about the cultural fit between NGL and Pollard Banknote. Lotteries will not only appreciate the great technology we will offer, but also the commitment from our teams to offering the right solutions for our customers.”

The purchase price was set at around 36 million euros, which are worth around 50 million Canadian dollars.