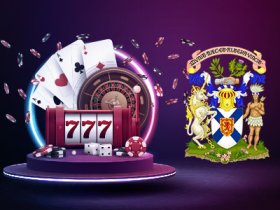 Nova Scotia, one of the thirteen provinces and territories of Canada, will finally have its own online casino as the Atlantic Lottery Corporation announced that its alc.ca website will be available in this territory.

Atlantic Lottery Corporation, the company that operates lottery games in Atlantic Canada, offers a wide range of digital games on its online gaming platform, alc.ca, and it is the only iGaming operator that is licensed to provide such services in the provinces of Atlantic Canada (New Brunswick, Nova Scotia, Prince Edward Island, Newfoundland and Labrador).

The state-owned company tried to persuade the government of Nova Scotia to allow the online casino for the past couple of years, and now it finally seems to have succeeded.

Allan MacMaster, the Finance Minister of Nova Scotia, was the official charged with making the announcement. However, the politician said that the government didn’t try to promote this launch in any way. “We just wanted to put it out there,” Alan MacMaster said. “It’s up and running now and it’s there for people who want to play.”

The Finance Minister revealed that the decision came following months of extensive discussions, which included lengthy debates with Brian Comer, the Minister responsible for addictions and mental health.

Following those discussions, the government acknowledged that online gambling is widespread anyway and that people in the province could have access to online casinos that are not licensed and don’t offer any guarantee of payouts or protection for people that have addiction issues.

A Safe Place For Gambling

That was the argument that finally convinced the government in Nova Scotia to offer the people in the province a safe and secure website where to gamble, run by the Atlantic Lottery Corporation.

A spokesperson for the province’s Financial Department revealed that the Atlantic Lottery Corporation expects the website to generate 10 million dollars in revenue in the first year.