Nova Scotia Government Wants To Safeguard Itself From Gambling-Related Lawsuits 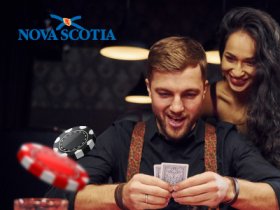 In Nova Scotia, VLT machines are once again in the spotlight. This time due to certain efforts of the province to shield local authorities from eventual negative consequences in the event of gambling-related lawsuits.

Introduced by Finance Minister Karen Casey, the amendment to the current Gaming Control Act is intended to give the N.S. government immunity extended back to May 2, 1991 – the day, VLT’s were legalized in the province.

Speaking with reporters in Halifax, Casey said the suggested changes were similar to amendments passed by the New Brunswick government last December. She also added that other Atlantic Lottery Corporation partners, Newfoundland and Labrador and Prince Edward Island are likely to follow the example of N.S.

Apart from the provincial government…

…the legal protection would also cover the Nova Scotia Gaming Corporation, the Atlantic Lottery Corporation, casino operators, and every cabinet minister involved in the legalization almost 30 years ago.

At a bill briefing in the Red Room at Province House Casey told: “We believe it is responsible gaming. We believe it is an individual’s choice but we also recognize we have responsibility to help those who may be struggling.”

Regulated gambling has established itself as a significant source of revenue for the province, which is in charge of the industry.

According to recent figures introduced by the government, in the 2018-19 fiscal year, Nova Scotia collected $145.2 million in gaming activities with more than half ($85.2 million) generated by VLTs. It’s estimated that the upcoming fiscal year will show a rise in gambling revenue reaching $146.9 million.

At the moment, punters in N.S. can take advantage of 2,030 off-reserve terminals and 651 machines on First Nation sites across the province, and Casey commented Nova Scotia feels the VLT’s are safe. “We take the position that used responsibly they are safe, but we also have a safety net for those who may not use them responsibly.”

When it comes to the safety net…

… it’s built on a part of gambling revenue put aside each year for various programs focused on helping problem gamblers or creating certain features able to make VLTs less harmful. Since 2011, when the Responsible Gambling Strategy was adopted, a number of studies on gambling have been conducted in N.S. to research possible effects of different casino games may have on residents’well-being.

Both Casey and Premier Stephen McNeil believe the measure does not only protect the government from eventual class-action suits and large expenditures but also protects taxpayers. In line with this, Casey referred to a Newfoundland class-action lawsuit against Atlantic Lottery Corporation.

This case, which represents about 30,000 people that live in Newfoundland and Labrador before the Supreme Court of Canada, was used as an example to illustrate the benefits of the proposed changes in legislation.