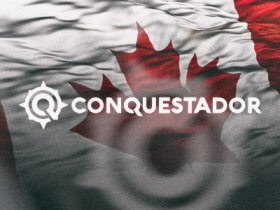 Mobinc, an international platform provider and online casino operator, has announced that its Conquestador online casino brand is ready to launch in Ontario, Canada’s most populous province.

The operator is the first to receive a license from the Alcohol and Gaming Commission of Ontario (AGCO) in 2023 after the local regulator had licensed several other operators and providers since the market opened in April last year.

Conquestador can also operate as an online casino in several other jurisdictions as it also holds licenses from the Great Britain Gaming Commission and the Malta Gaming Authority.

Sergei Belikov, the Chief Executive Officer of Mobinc, described the moment as “a huge milestone for Mobinc” as the company is trying to expand its global footprint and also boost its product offering.

“The AGCO’s common-sense approach to regulation and licensing has meant the market has got up and running very quickly and we’re relishing the opportunity to help our partners flourish in this region,” Sergei Belikov added.

Conquestador has several slot games from the world’s top providers in its offering, while its live casino portfolio offers the latest titles from leading suppliers such as Evolution, Pragmatic Play and Microgaming.

Although the competitive iGaming market in Ontario has gotten off to a bright start, with revenue surpassing 250 million Canadian dollars in the second quarter, some stakeholders are not particularly pleased with the legislative framework.

In December 2022, the Mohawk Council of Kahnawàke launched a constitutional challenge against the current law and iGaming Ontario, the government agency that is in charge of regulating online gambling in the province.

The Mohawk Council runs its own gambling licensing regime and insists that the Ontario licensing does not meet the requirements for gambling stipulated in the Canadian constitution.

The Council has filed a motion to the Ontario Superior Court of Justice in which it challenges the current legislative framework that allows multiple private online casino operators to enter the Ontario market once they receive a license from the Alcohol and Gaming Commission of Ontario.

Under the Canadian constitution, betting and gambling are legal in the country as long as the activities are “conducted and managed” by a provincial government. In all provinces except Ontario the government runs a monopoly, but this year Ontario launched a licensed regime and more than 30 different operators have entered the market since.